So, after 16 days of travelling though eight different countries, the World Cup began for me here, in Odessa, on the Black Sea Coast, sat next to my old football guru mate from Nottingham University, Boro. Most beautiful plan in der verld!

A bit of overlap here with the last blog which I finished just after breakfast. So, just back tracking a few minutes...

The breakfast here was the best I've had in years. Such a nice variety of delicious, locally inspired options. I am very impressed with this place and I would certainly recommend The Frederic Koklen Boutique Hotel to anyone staying in Odessa for a few days. I found out about the name, by the way. Apparently Frederic Koklen was a French architect who lived here and designed some of the buildings. 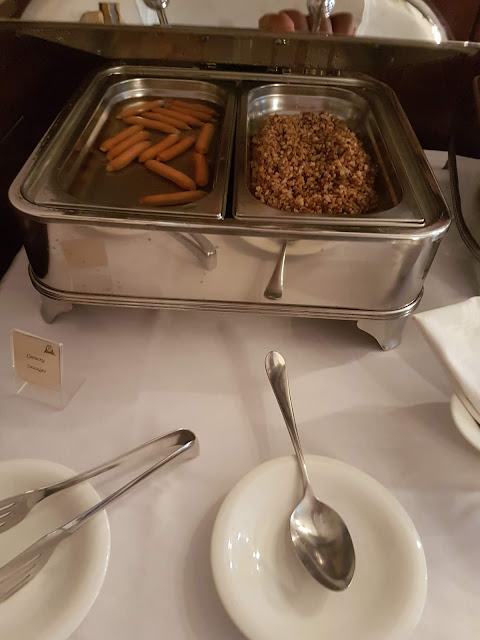 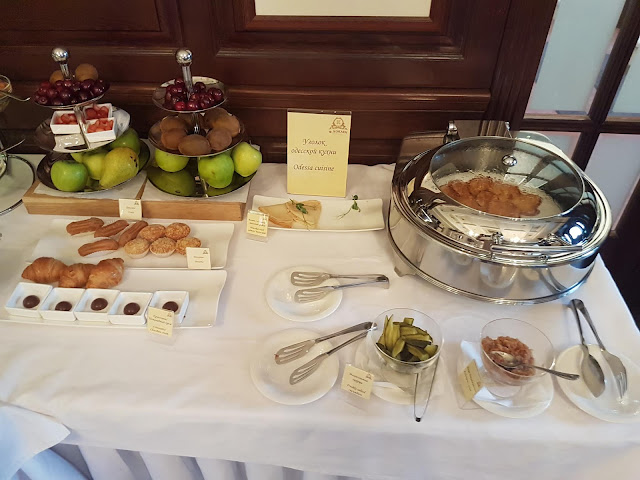 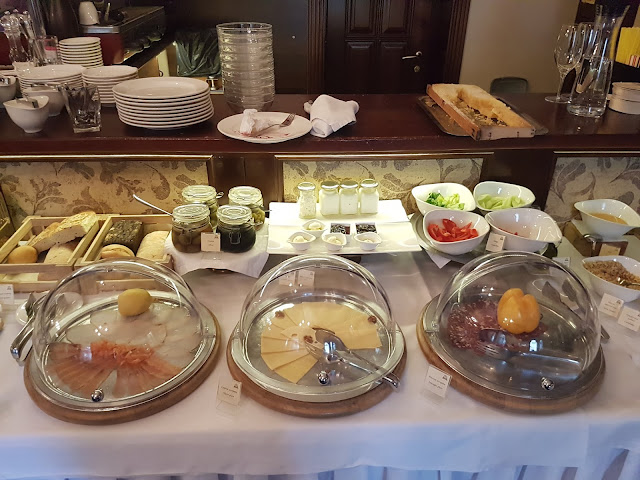 Upon returning to my room I had to make sure I had enough Hryvnia - the Ukrainian currency.


Then I was off to explore Odessa. Boro had politely suggested that if I was going to go round sight-seeing I should do so on my own. Quite right. I have no problem being on my own whilst exploring. In fact I think I usually prefer it. It means you get to see and do exactly what you want without compromise. If I have a crazy whim to go down a path to see if I can see a different view of something, I can do it, without worrying if the other person(s) is/are interested. These days, with Professor Google in my pocket, I feel I cannot ever get lost and can conjure up interesting routes on my own. Tour guides are great sometimes - when there's something particularly complex or fascinating that you want to know all about - but on other occasions I like to just stroll around on an ad hoc basis.

My first encounter, ironically, was a cute little dog that looked like Daisy, my eldest daughter's. I must say I'm not a big fan of pets but there is something irresistible about cute little dogs.

My basic plan was to follow Boro's advice and go and see the main stadium in Odessa, the ground of Chornomorets Odessa which is near the coast. From there I would go to the beach and have a paddle in the Black Sea - or even a swim if I could find a locker to store my clothes. After that it was back to the city. I would see how I went for time. Whether to come back to the hotel or go straight to the pub for the World Cup opening.

I went past the place I met Boro yesterday and walked down the Poemkin stairs to the port.


From there it was a quite steep up-hill climb to Schevchenko park in which the stadium is situated.

The stadium looks very impressive from the outside. It was rebuilt in 2011 apparently and holds about 30,000. All the space is utilised. Coming to the ground from the Port side you are met with the facade of quite a posh-looking hotel. Presumably, from within some of its rooms you'd get a view of the match.

As always I tried to get inside to have a look at the stadium properly. I walked up some steps to see if there might be an entrance that was open. No luck, so I asked some workers who were on a break if it was possible to go inside and look at the stadium.

This was the sort of response I was getting used to but I wasn't going to be put off so I went into the hotel and asked the receptionist if I could perhaps go up stairs to see if I could see inside the stadium.

"No. You should go around to the stadium's main entrance and ask them".

So as I walked around the corner of the ground I noticed a big open gate through which you could see a tunnel that led to the pitch. I asked a groundsman hanging around the door if I could pop down and take a few photos and he signaled, sure, why not?

So, I got to look inside another stadium.

Very impressive it is too. 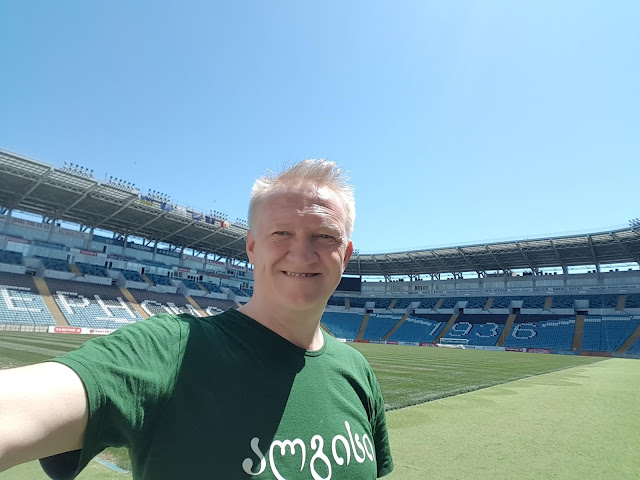 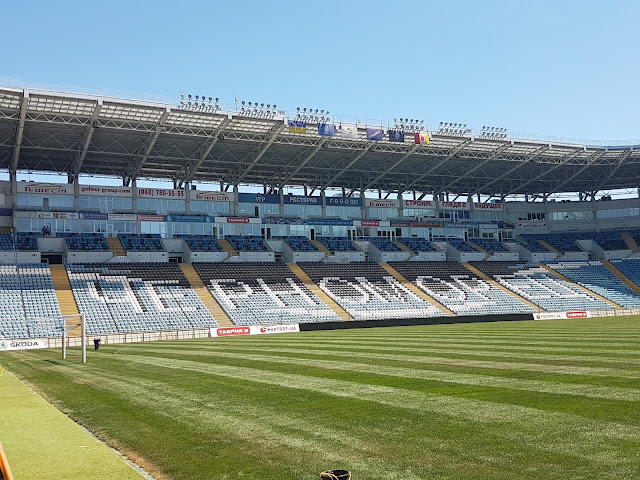 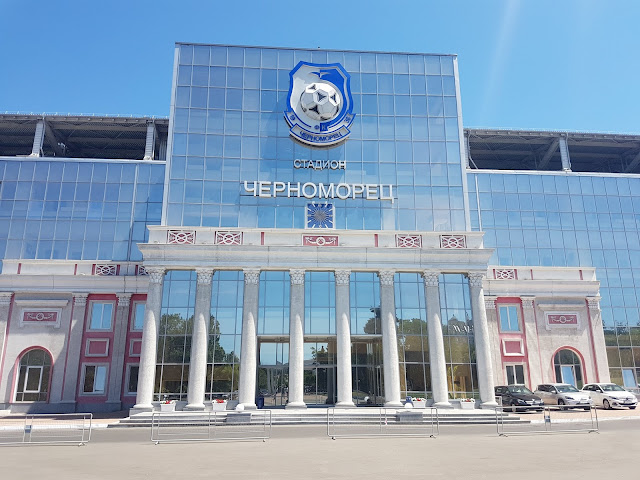 Despite this impressive looking ground and a potentially big fan base (Odessa has a population of close to one million), the club have never won any major honors. 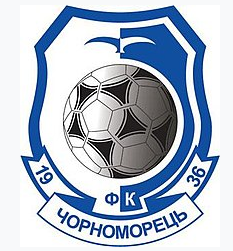 Formed in 1936, the club changed its name five times before finally settling on the rather obvious one meaning something like "Black Sea Man".

Click the image below if you really want to know all the tedious details of the history of the club.

In all their years in the Soviet league they never finished higher than 4th place.

Even since the break up of the Soviet Union, playing in the Ukraine league, they've never won the league, despite being in the 3rd biggest Ukrainian city.


The stadium is beautifully situated, overlooking the Black Sea and in the middle of lovely wooded park that leads down to some beaches.

I was keen to go down to the beach and dip my toes into the Black Sea, not that it would be the first time I did that. In 2012 I visited Yalta in what was then Ukrainian Crimea.


Unsurprisingly, the etymology of the Black Sea is rather a mystery and various theories have been put forward. In a nutshell one idea is that the term "Black" was meant in a gloomy sense. The Greeks referred to it as "inhospitable". Read Wikipedia for more detail. But who knows. It's certainly not black or even dark.

Packed beach in summer. Not so packed in winter, I bet. 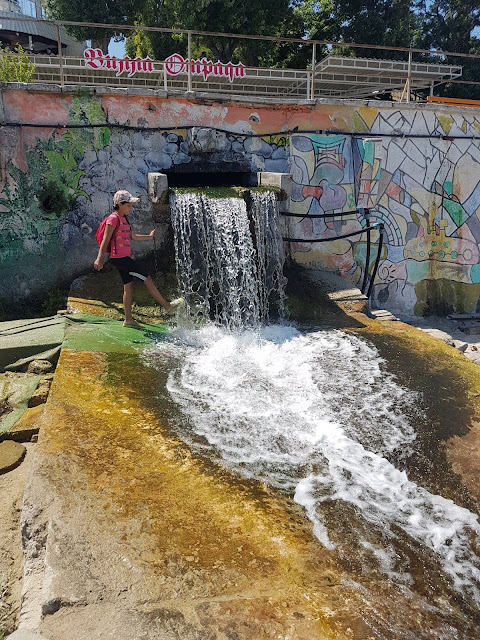 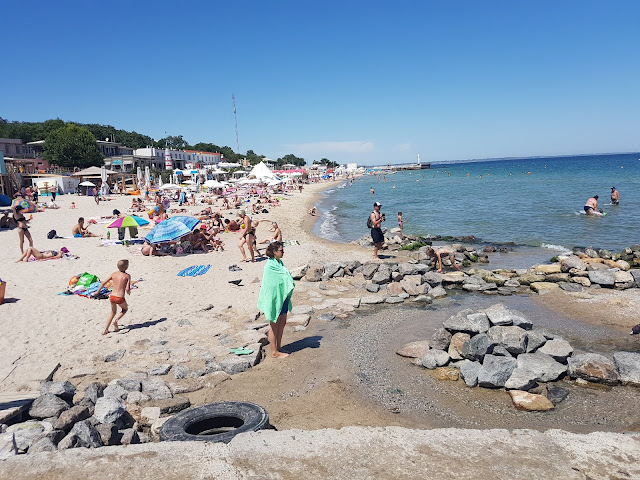 From the beach there are a set of steps (hundreds) that lead you back through the park to the city center. Very pleasant it is too.

The park quickly flipped into city center and I strolled along Odessa's elegant, if a little worn-out-looking streets back to the center, avoiding a few scary hazards on the way, including a man hole with the cover not on properly. I very nearly stepped into this...

Finally, with feet tiring, I stopped for a bite to eat and a beer. 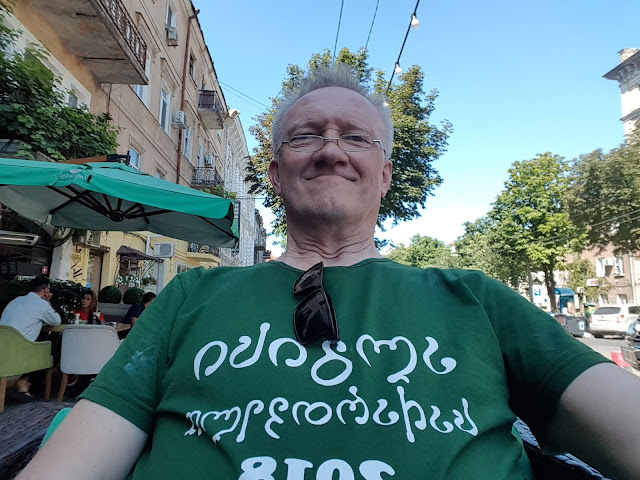 I strolled around the shops and was tempted to buy some Kvass... 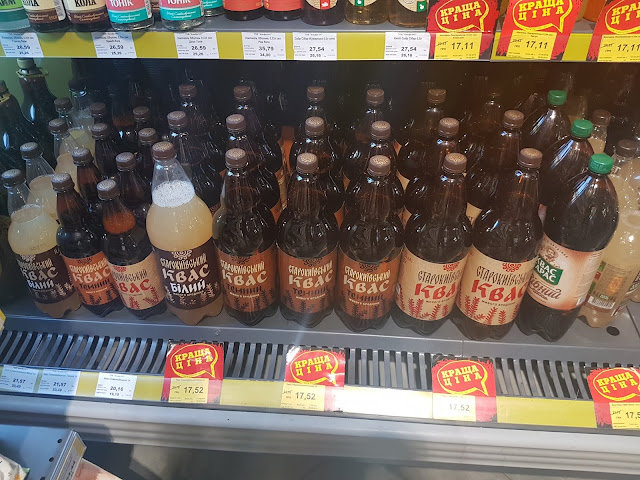 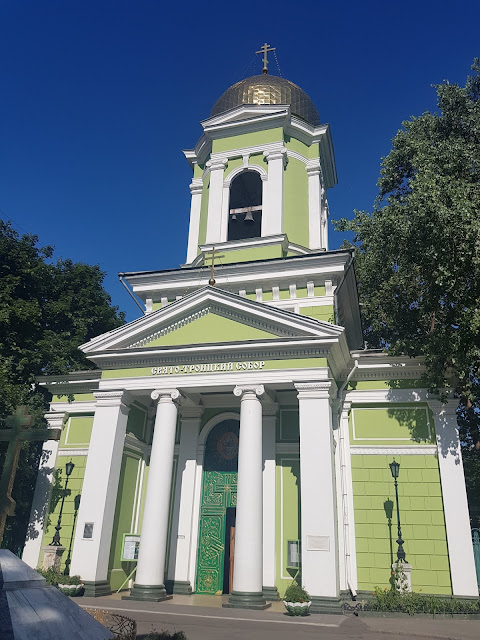 And even a Catholic one... 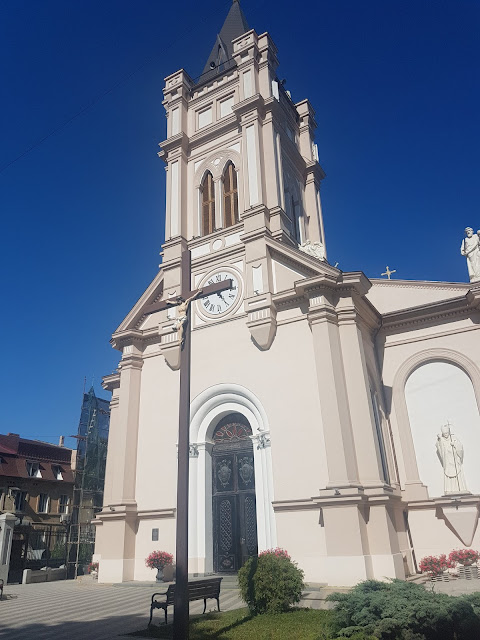 The (very cheap) shoes i'd bought in Tblisi were starting to give me hassles as the in-sole had come loose and was starting to hurt whilst walking. So I popped into a cobbler to get them replaced.

Time was a tickin', and the World Cup was getting closer and closer. Time to head to the pub, Mick O'Neill's (good Ukrainian name that!), where Boro and I had shown t'locals how to sup ale last night. 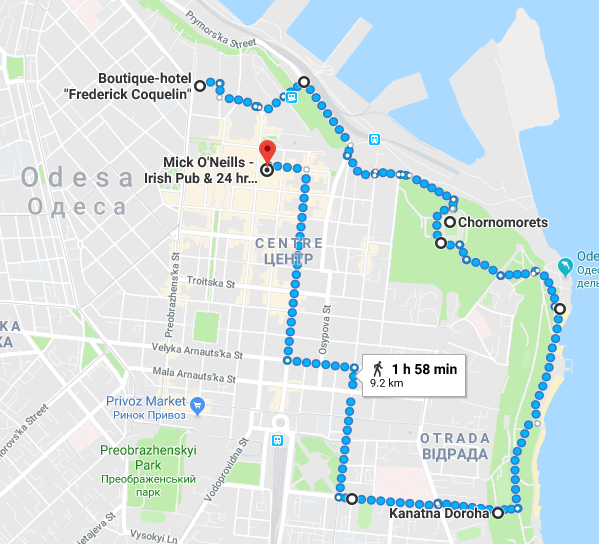 I got there a few minutes before Boro but clearly lacked his touch as I didn't manage to get them to flip the channels from cycling to the World Cup opening ceremony until he arrived and we waited a ridiculously long time to be served.

Anyway, around 5:30 pm the Opening Ceremony was under way with Robbie Williams being his usual sickly, cool, full-of-himself, self. Git!


After a rather long address by Vladimir Putin and a very short one by FIFA president Gianni Infantini, where his facial expression seemed to be saying "Hah! Yes, it's me doing this now, Sepp!", it was kick off time.

I didn't know what to expect (and predicted a 1-0 win to Russia) but it was quite a refreshingly open and adventurous opening game which Russia ended up winning very easily 5-0.


See below for a fuller World Cup analysis.

After the match Boro called his wife, Kristina and arranged to meet for dinner at the same restaurant we'd gone to last night.

Victoria, their daughter, came too, but she had to leave early. 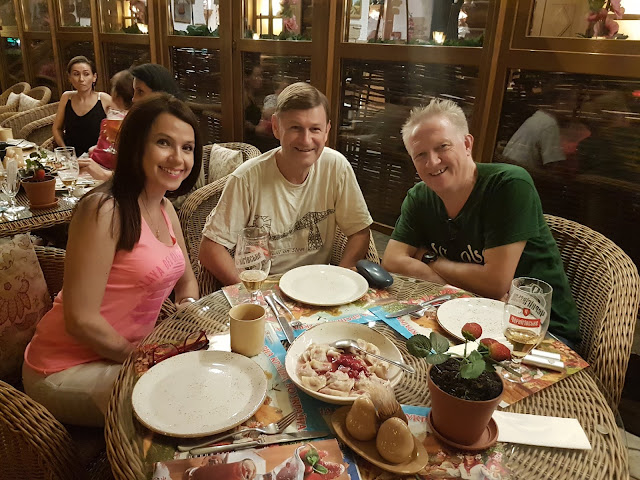 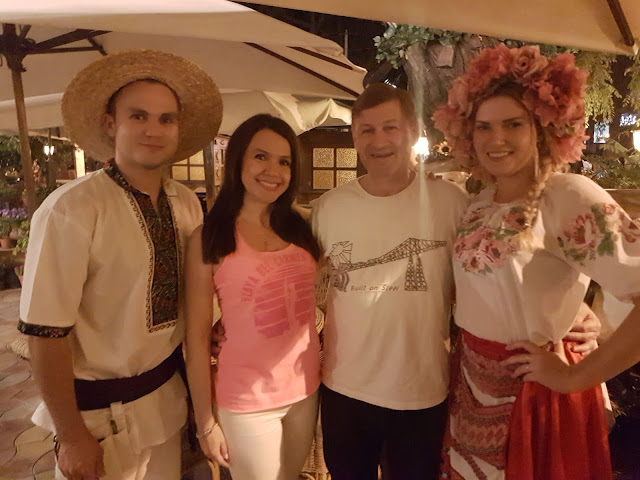 Kristina bought me the cap. Very nice. Last time I watched Russia (in Marseilles) I bought a French sailor's shirt, so I have the set now!

We went off for a nice stroll around the lit up city center before having one more beer and then off for a much needed night's kip. 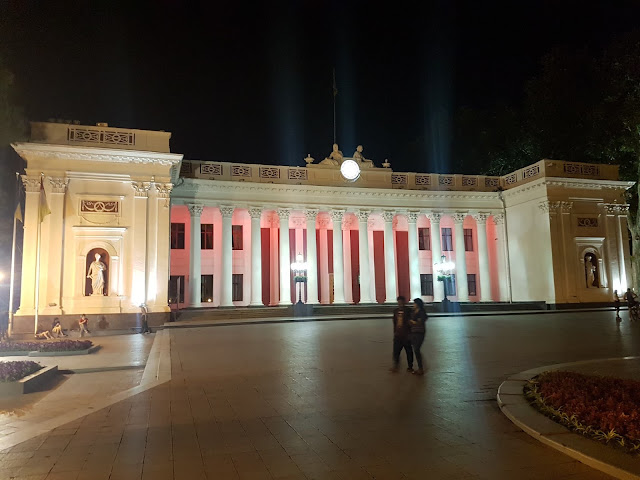 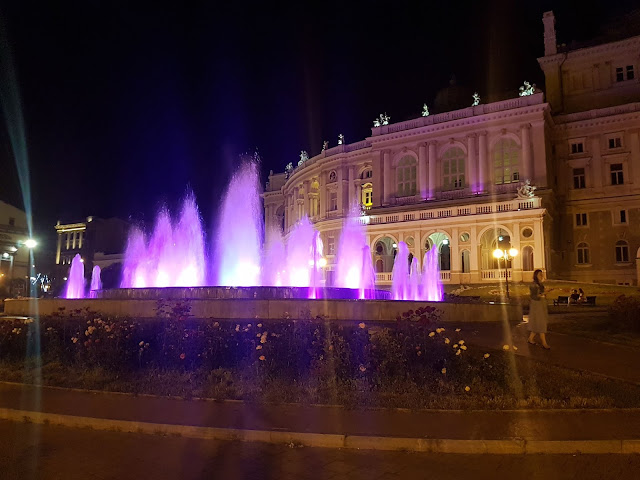 It couldn't have been a betters start for the hosts. I doubt anyone was expecting such a powerful and easy win. Saudi Arabia, apart from a few neat flicks and interchanges, didn't look threatening and had just one header that went close in the whole match, I think.

Defensively, they were poor and at least a couple of Russia's goals should have been prevented. But credit to Russia, they played some neat stuff and really bossed this game with the kind of authority Putin himself would have been proud of.

Talking of el presidente, every time Russia scored, the camera would zoom in on the three greats watching from on high: the Prince of Saudi Arabia, Infantino in the middle, and Putin on the right. Every time, Putin would be shrugging almost apologetically as if to say "sorry Prince but if you're team is so shit, what do you expect us to do?" He'd then lean over and shake his hand.

I thought that this must be the highest ever opening score in World Cup history but Professor Google corrected me of that misapprehension. Italy beat the USA 7-1 in the opening game of the 1934 World Cup.

So these are the stats so far...

Russia lead group A, of course, but such a big win takes some pressure off them now. A draw against Uruguay would see them as unlikely favourites to win the group, not that it would give them much of an advantage in the round of 16. Their opponents would probably be Portugal or Spain anyway.

Early runner in the golden boot award, then, is Denis Cheryshev, with two. 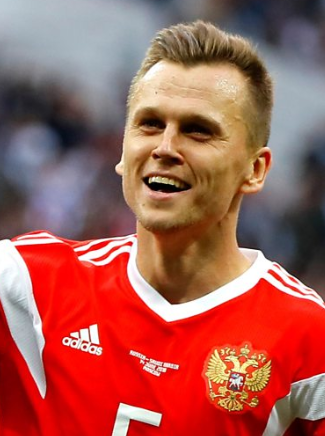 So it's all begun. The next two weeks are packed with football with four or three games played every day. Game 1 of 64 has been completed. In two weeks, on Thursday 28th June, the group stage will be over and 48 games will have been played, two thirds of them.

Hold onto your horses!
Posted by Algis Kuliukas at 12:56 AM