I've just got back from the old town having watched the most wonderful Estonian Folk Concert - well at least the last part of it.

So, as I know a lot of my family are more on the arts side than the sport, and some of my football mates are not quite so keen on this kind of thing, I've decided to just post all my videos and photos of the concert here now. I'll do another post tomorrow morning about the rest of the day and, of course, the football.

In England in the Soviet period the Estonian community was the smallest of the three Baltic emigre communities as most Estonians settled in Sweden or Canada. So they never had very big dance groups and had quite a limited repertoire compared to the Latvians (especially) and us.

So it was a real treat to see this.

I caught the last part of this kind of courtship dance. 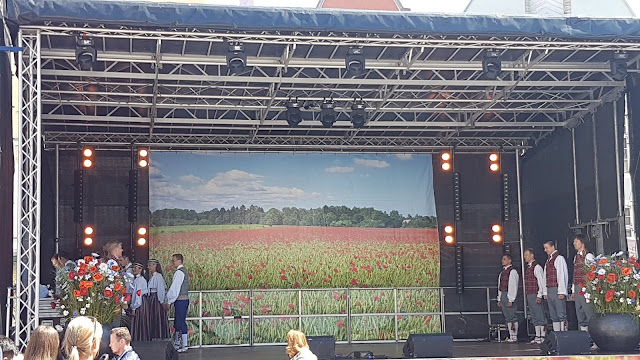 We then has a sweet lovers dance. 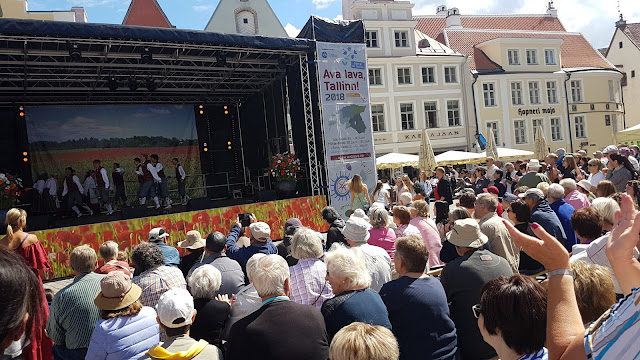 Time for the men to dominate the stage and strut their stuff...

One for the old biddies... 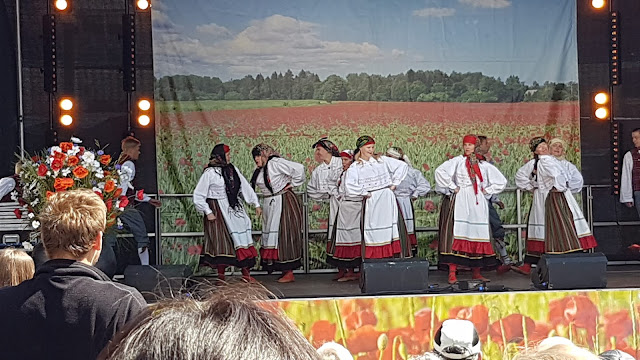 To end with, maybe a wedding dance.... 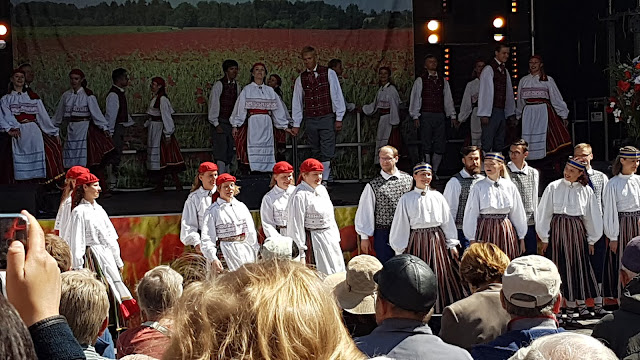 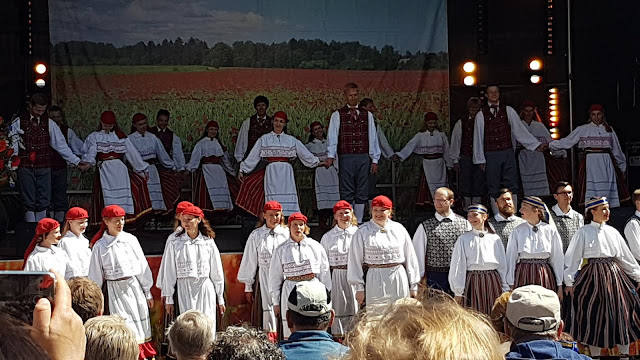 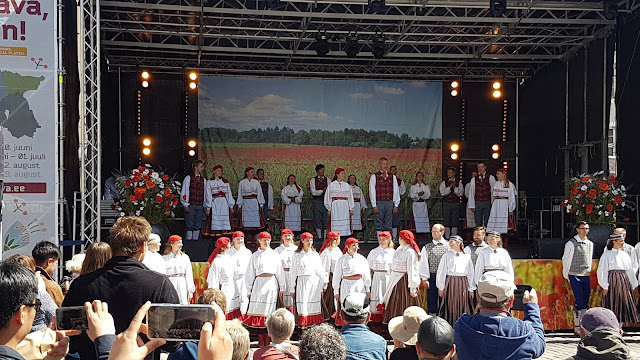 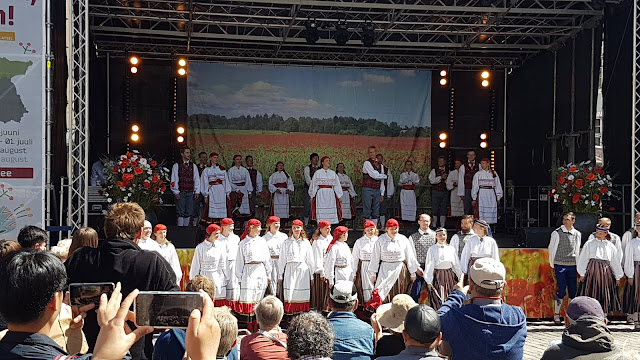 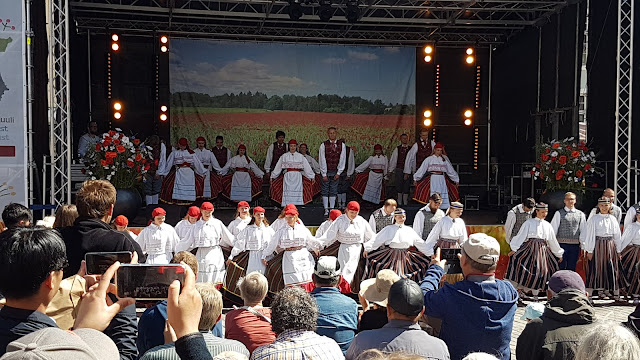 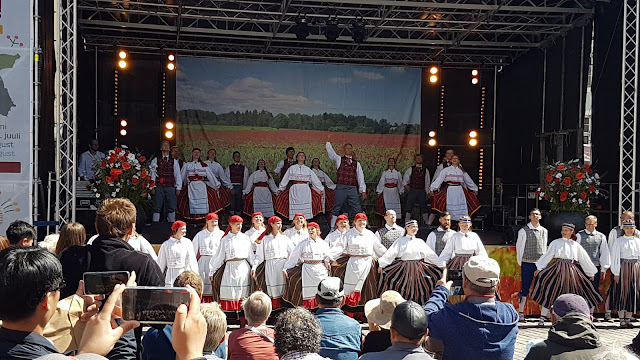 At the end I had to go round and say thank you to some of the dancers.

"That was so lovely." I blubbed.

"I met my wife doing Lithuanian folk dancing in England back in the Soviet period."

"We dreamed that one day the Baltic States would be free again. So to see you guys here, in beautiful free Estonia doing such lovely folk dancing just brings tears to my eyes. Thanks so much!"

Their smiles, I think I can safely say, were genuine. 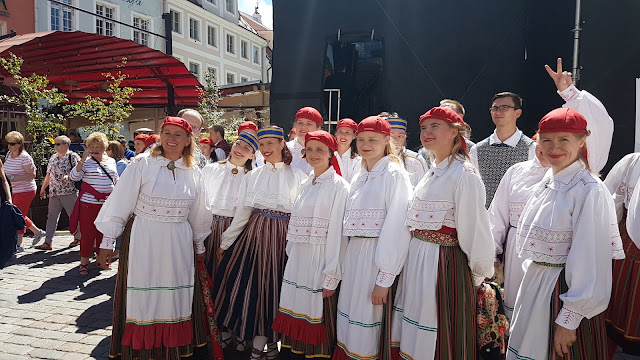 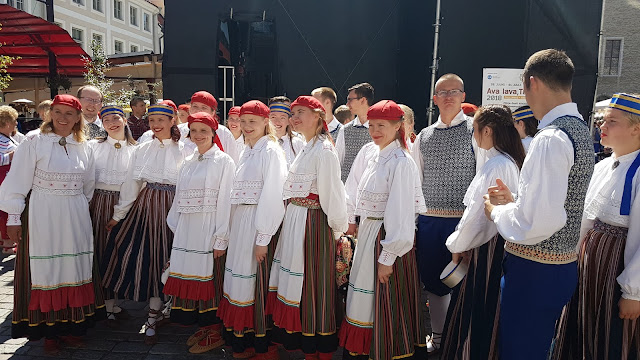 Posted by Algis Kuliukas at 5:46 AM