Most of Wednesday, 27th June (day 30, 56.4% complete) was relatively uneventful for me, spent doing a clothes wash, buying my bus ticket to Paarnu, in Estonia, for tomorrow and strolling around the markets and the old town. But from 5 pm onward it will be remembered by me and every football fan around the world as the day the mighty Germany got beat by plucky little South Korea 2-0 to finish bottom of their group and eliminated from the World Cup. Nobody predicted that!


Riga was (apart from sleeping in the car in Georgia) the cheapest accommodation I've used so far. It's a hostel but it has many good points such as pretty fast WiFi and a washing machine. So I was able to do a third clothes wash this morning. Hopefully they'll all be dry by tomorrow.

I had a bit of a chat with the owner. He told me most of his guests here are Russians but he gets people from all over the world. After complementing him on his place I set of to get a bite to eat. Nothing much to say here.

So, feeling very lazy today, here are the photos before I went out to watch the football. 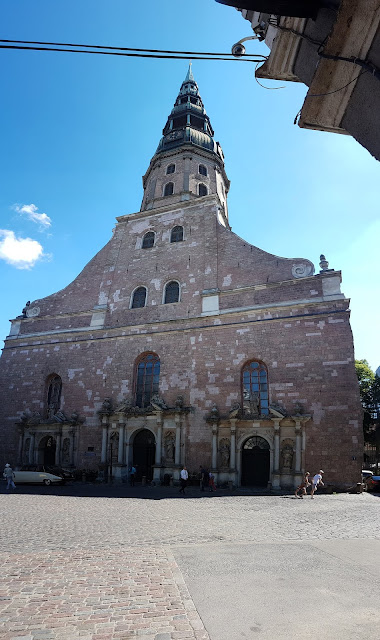 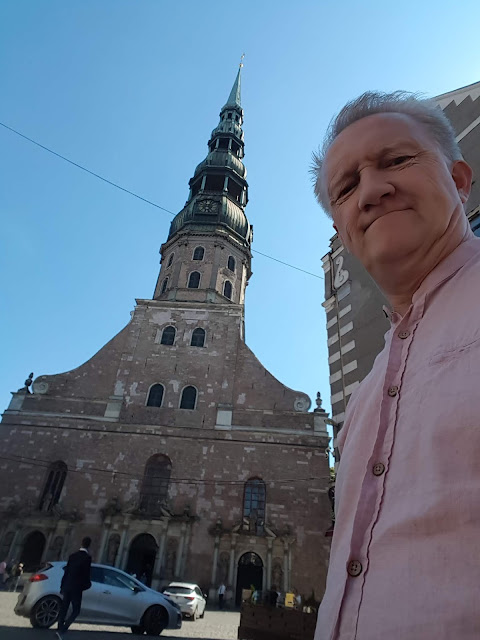 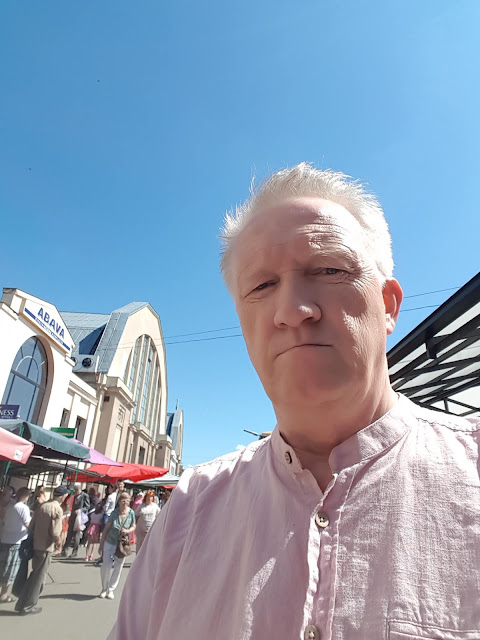 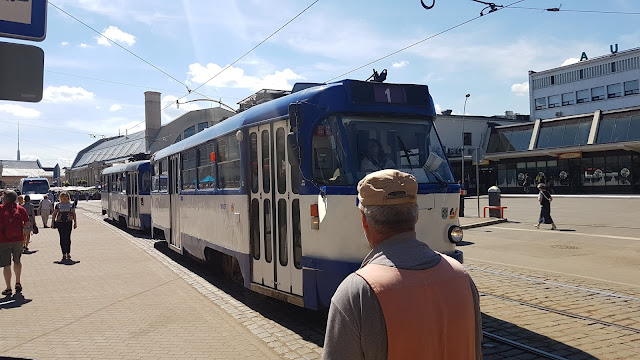 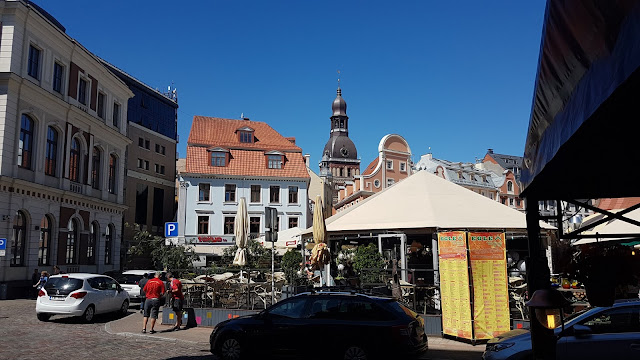 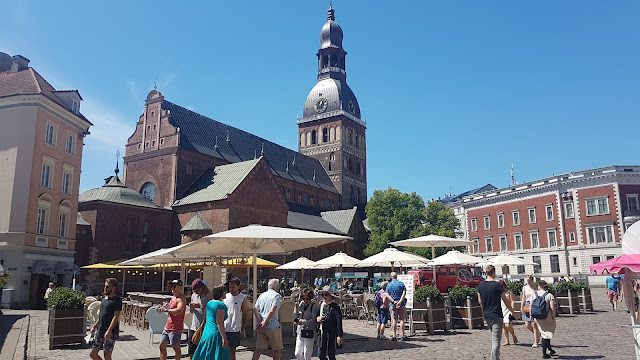 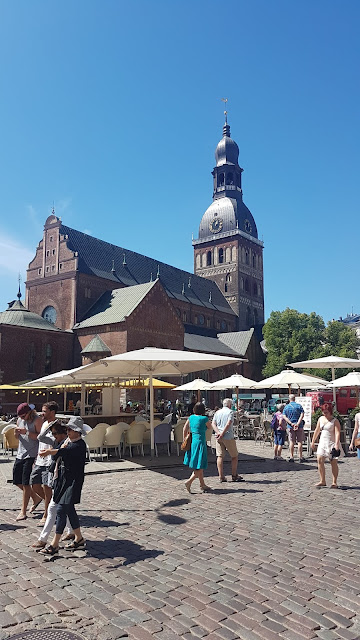 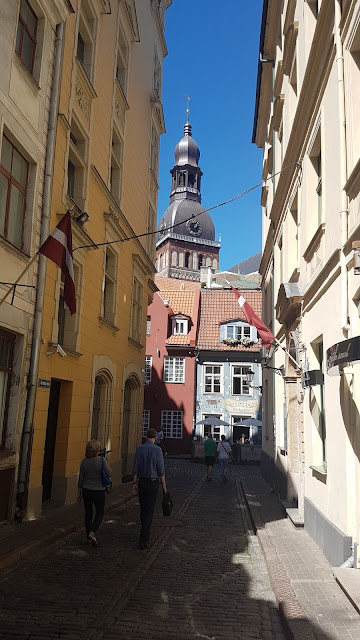 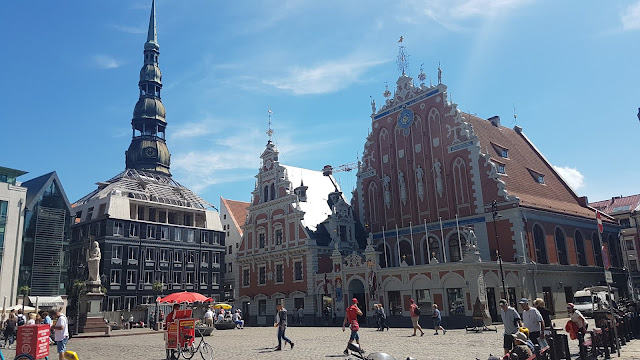 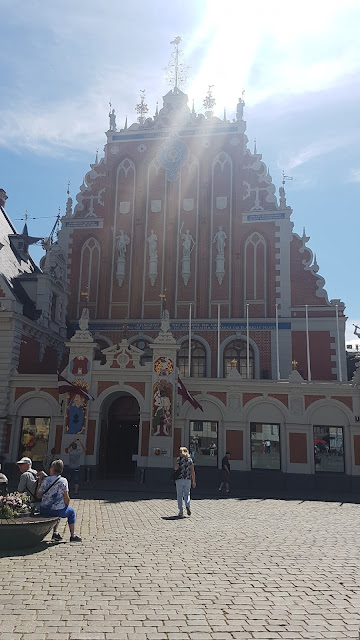 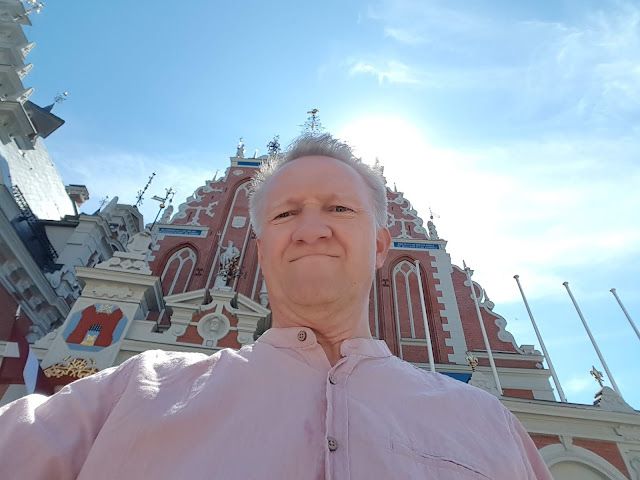 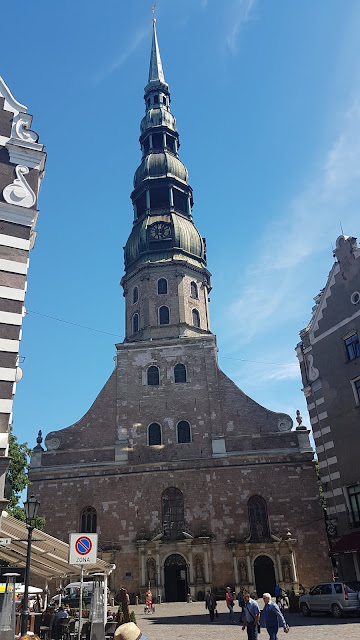 After a bit of a kip and bizarre argument about the merits of the so-called "aquatic ape hypothesis" with Simon Evans, a mate from Kirkby who lives in Brazil and kindly showed me around when I went to Rio in 2014, I was ready to go out again.

I decided to have some "Latvian cuisine" before settling on a good bar to either watch both games or, at least, one showing Sweden v Mexico. That game would be close, at least, and the prospect of sitting in bar with a hundred Germans celebrating as they scored their third, fourth ... (who knows how many) goals against South Korea was not appealing to me.

With a couple of hours until kick off I took a slightly more convoluted route than usual to the Old town, I went back to my first place of stay in Riga, the originally Soviet built hotel, when I visited in 1983. It's weird. The hotel has been completely refurbished and extended but standing there in the lobby for a few moments looking out to the patch of grassy park land in front, I definitely got a creepy feeling of deja vu. This was where Aleksas picked my up and drove me back to Lithuania and  his and Regina's home in Rokšikis. I spoke to the far-too-young-to-remember staff about it and they confirmed the age of the hotel.

The restaurant I went to wasn't a good choice. I should have been stronger in resisting the put-on friendliness of the girl standing outside.

I asked what dish was particularly Latvian and she showed me some out of the menu.

OK. It seemed fair enough. I thought the veal dumplings sounded nice so I sat down and waited for a big pot of tea to arrive, which was very nice. They even offered me some milk. So I had my first decent cup of tea in weeks.

My good feelings started to evapourate, though as I heard, the girl repeated the phrase...


"Hello, you are very velcome to our traditional Latvijan cuisine."


"Hello, you are very velcome to our traditional Latvijan cuisine."

Sorry to swear. But that was the other really annoying thing about this place.

Here I was, an old man sat on an old street in old Riga, waiting patiently for my old-style, Latvian cuisine and what was churning out of the music system?

Shitty, fucking rap music with lyrics that were X rated.

The guy managed to get the "f" word in practically every sentence.

Now I'm not normally bothered by this but after the twentieth "fuckin" it really started to get on my nerves.

When the food came it looked nice,  but tasted like gravel.

Oh well, never mind. "When in Riga, stick to Hesburgers" will be my motto from now on. 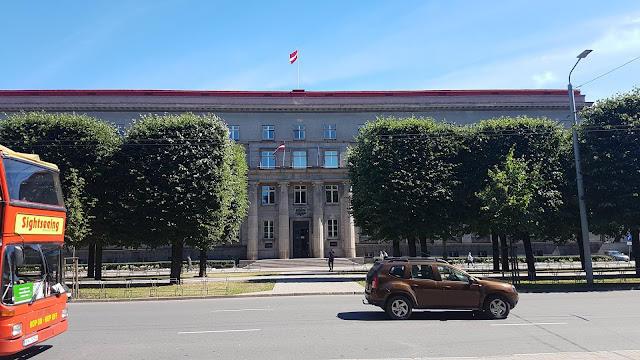 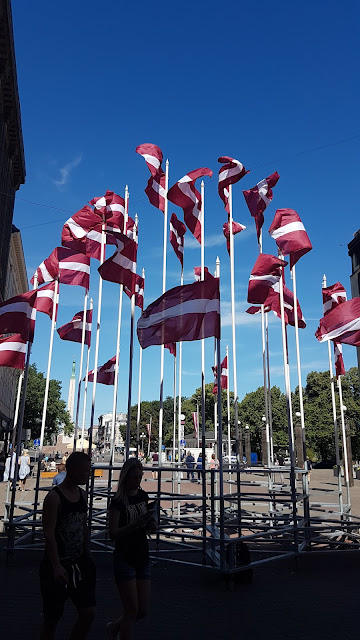 I went into a Laima chocolate shop. It's always been a fun item since we named our oldest daughter, coincidentally, with that name. Unfortunately, the chocolates are really not that nice. But I thought I'd use this an opportunity to find out a bit more about the brand by asking the shop assistant.

They started in 1870, you see, and continued throughout the Soviet period. Now owned by a Norwegian firm.

"Where is the factory? Here, in Riga?"

She gave me a leaflet as if to say "who cares?' 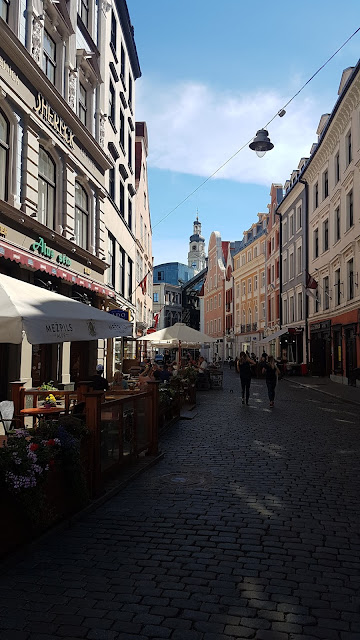 I decide that a bar called "Good beer" was the option for me. It seemed no pub was showing both games at the same time (why not?) so I chose one showing Sweden v Mexico for reasons described above.


I was connected to the social media and had Boro in Odessa and my daughter Žemyna  in Perth, watching the other game, though, so I was in touch as I supped more-ish pints of local IPA.


Why the TV coverage isn't showing the highlights from the other game going on is shockingly bad, in my opinion. But anyway, it made for another exciting evening.

Got to love the passion of Mexico. One day they must win the World Cup...


At half time, both games were still 0-0. I was amazed that Germany hadn't scored yet and the talk of the text was that South Korea could have scored a couple in the first half. Inevitably, Germany would win with a couple of late goals. If somebody would have offered me 2-1 odds on that I would have bet my house (well, my flat) on it.

I was almost as confident that Mexico would win, but what do I know? Nothing, apparently. Five minutes into the second half Augistinsson put Sweden in front to put them above Germany into second spot in the group. At this point I still had hopes that my match in St Petersburg could be Germany v Brazil as Germany were bound to win. if only Switzerland were to do better against Costa Rica than Brazil did against Serbia. That was never going to happen though, face it.


Ten minutes passed by, still no German goal. Now Sweden had a penalty and converted it to make it 2-0 and to go top of the group. On 74 minutes they had another, a flukey own goal. So 3-0.

I asked the efficient bar man for the tab, waved goodbye to the English guys from Aldershot (fans of the local club, no less) and the now sad-looking Mexican fan and sped off down the undulating cobbled streets, back to Paddy Wheelan's pub where they were showing the Germany game.


When I arrived the bar was full of Germans who were all looking a little worried. This was good.

After gazing at the screen for a few seconds I got a tap on the shoulder by someone telling me to get out of the way as I was blocking their view. So I knelt on the floor. A second later, a kind German couple offered me to sit at their table with them. (I hope they didn't regret it.)

The game continued at 0-0 right into injury time. Could it really happen? Surely Germany would score. They always do. It's Germany. It's football. It's the World Cup.

But they kept missing their chances.

Then the connection went down. The screen went blank as groans rang out across the bar.

A flicker, then it came back on again.

The ever-cockey, assuredly confident face of Thomas Muller appeared. He seemed to be waving the Germans on. But hold on. The score at the top of the screen now said 1-0 to South Korea. What? How did that happen?

My internet correspondents in Australia and the Ukraine confirmed it.

I jumped for joy and then sat back, awkwardly, having exposed my partizanship.

But it wasn't over yet. I got a text from Boro as the screen image flickered.

I shouted it out to the disbelief of the Germans sat around me. But sure enough, Boro's event premonition came true of course. The images were surreal. Manuel Neuer had gone up for a corner leaving his goal completely exposed. A couple of passes and the South Korean forward, Son Heung-Min was baring down on goal. Simple pass into the net and it was... 2-0.

Seconds later, the final whistle was followed by images of disbelieving German football players and staff. This was not fake news. Germany were out.


I (trying to suppress my chuckles) consoled my fellow football fans, telling them I knew what it felt like and that they'd get over it but, honestly, I hoped they would feel this a few more times before they'd have any success again. I repeated my "fairness" point to them.

Somehow the meme had got into my head...

"Germany, Brazil and Italy had won the World Cup seven times between them, the rest of the World Six. That's not fair."

But Boro put me right (as usual) about it.

The fact is actually worse. It should be...

"Germany, Brazil and Italy had won the World Cup thirteen times , the rest of the World seven. That's not fair."

The point remains though, and most reasonable people cannot disagree with it when being objective.

After consoling Germans I met up with a couple of Brazilians who had mixed emotions.

"Are you happy that Germany are out?"

"Not really. We wanted to the chance to beat them"

Anyway, after such drama I headed back to the "Good Beer" pub and had a few more pints of good beer while a pub quiz took place (done in Russian, I noticed) before the Group F deciders were shown.

I watched Brazil carve out a comfortable 2-0 win against Serbia to guarantee winning the group and a match against Mexico. Second place went to Switzerland, so I'll get to see their match against Sweden next week.

Of all the eight ties, this is probably the least appealing but never mind. It's the World Cup for heaven's sake!


Right I'm off to Parnu, Estonia, now. I hope my (3 star) hangover goes away soon. It's been a short but sweet stay in Latvia. Unfortunately, I am always going to spend longer in Lithuania than here, simply because of its proximity.