Last November, on the 15th, Australia beat Honduras 3-1 with an unlikely hat-trick from Mile Jedinak to seal their place at the World Cup finals, which start in Russia in 17 days time, on June 14th. I'd already bought my tickets by then, having decided to go to Russia years ago, when it was
first decided in fact, at the end of 2010. 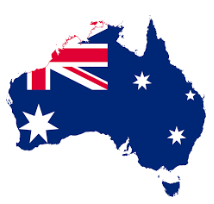 As I'm a bit of a football fan who loves travel and also a would-be anthropologist who is fascinated by the amazingly different cultures and languages around the world, international football tournaments such as this are just heaven sent. They provide the perfect excuse to visit countries I've never been to before and talk to people you'd be very unlikely to meet otherwise.

This is the third consecutive tournament I have decided to record by writing a blog and I should say that I do so mainly as a kind of on-line diary more than anything else. It's been great to have my experiences recorded on line like this and I occasionally revisit my Brasil 2014 or France 2016 blog entries to recall those trips. I regret not doing one when I went to Poland/Ukraine in 2012. Instead I bombarded Facebook with posts such as this. It's a way for friends and family to be a fly on the wall and keep up with my adventures - or not, if they prefer.

I just can't believe my luck in being able to go to these tournaments and I must, straight away, thank my dearest, darling wife for always being so kind and understanding. When I think what life was life for my dad when he was my age, the contrast is unbelievable. In 1976 he had already been confined to a wheelchair for 14 years and had never been on a airplane. He'd actually done a fair bit of travelling. Ironically, most of it was in Russia and the former Soviet Union, but none of it was voluntary. He witnessed at first hand the most terrible war and he saw most of his friends get killed in it. When the war ended he found himself in the American zone and ended up as an immigrant in the UK. Dad worked in the coal mines as there were few alternatives. It was dangerous work and one day, in September 1962, he had a terrible accident. The coal face came down on him and changed his life completely as he became a paraplegic.
It took a while, but eventually he did manage to pass on to me his love for his homeland. At first I was just became interested in that part of the world. I studied Russian at school and later became a born-again Lithuanian and got heavily involved in the British Lithuanian Community.

Recently, the BBC did a lovely radio documentary about Nottinghamshire miners and it even contained a poem about Bentinck Collery, where my dad worked. You have to listen to this.

Got to thank me darlin',
Best wife in the world, Lesley,
Nobody is so lucky (and mad) to gew to trips such as this...
...only daft 'uns such as me.

Each one I'll try to write something about the country I'm currently in, hopefully something topical as well as football related. I'll include lots of nerdy stats that I doubt anyone but me will be interested in. I hope to do one every day, at least one in each country visited, but we'll see how we go.

This one, by means of an introduction and a start, is about Australia - the first country on the list of countries visited, but the second last to qualify.

This will be the 9th international tournament I've attended (6th World Cup) but if that sounds impressive or fanatical, let me assure you that it isn't really. I was a regular football fan long before I started travelling to tournaments such as this. In terms of "going to a tournament" this is really only the sixth one I've been to properly. 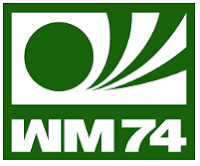 My first one was only due to my uncle Joseph who was a fanatical football fan himself and I went to three games with him for the World Cup in Germany in 1974. But it was another 22 years before I attended my next "international" tournament, which was held in England - the Euro's of 96, the one made famous by Frank Skinner & David Badiel's song "Three Lions on a Shirt". I only went to one game that tournament but it was a cracker - England v Spain in the Quarter Finals.


I went to just one game for the World Cup in France in 1998 - England v Romania, during which I managed to watch three matches in three different countries on the same day. I watched Germany v Jugoslavia in Spain, Argentina v Jamaica in Andorra and Iran v USA back in France. I missed Euro 2000 in Belgium/Holland completely for some reason. I also missed the World Cup in Japan & South Korea in 2002, mainly because we'd just moved to Australia and it seemed just too extravagant to go there so soon after arriving here. I do regret it, though, as everyone who I've met that went says it was fantastic.

I think the big turning point for me was the Euros in Portugal in 2004 - because I really regretted not going. My mates, Rory O'Brien, Gerry Touhey and others did and they made me so jealous with their stories about how good it was that I vowed to go more after that.

I did go with them to the next tournament, again in Germany, in 2006 and managed to combine it with a PhD field trip when I was collecting data, measuring ape pelves in Belgium. I saw Australia's famous victory against Japan in Kaiserslautern that year.

England didn't qualify for Euro 2008 which was held in Switzerland and Austria. But despite that, again, I regretted not going. I chickened out of going to South Africa in 2010 because the media whipped up a lot of fear about violence there but in the end, because of a freak storm, I ended up going - just for one match - anyway. It was one of the worst I've ever seen - England v Algeria, but it was in the fantastic city of Cape Town. A few weeks earlier, a hail storm had resulted in my car getting written off as the insurance company said it would cost too much to repair all the dents the hail stones had caused but as the car was perfectly fine mechanically and as I wasn't bothered about driving a vehicle that looked like a golf ball, I managed to get the insurance money and used it to pay for the trip.

I've been to every World Cup and European championship since then.

Australia at the World Cup

This will be Australia's 4th appearance at the World Cup finals.

Their first was back in 1974, in Germany. They found themselves in a very tough group which included not just one Germany, but two. After losing 2-0 to East Germany, they then lost 3-0 to West Germany before getting their first point, a 1-1 draw with Chile. So it's not disgrace that they ended up bottom.

After missing the next seven finals, the "Socceroos" have qualified for the last three now, Germany again in 2006, South Africa in 2010 and Brazil in 2014.

Their best showing was in 2006 when Australia pushed Croatia into third place to qualify for a big round of 16 match against Italy.

I had returned to England for that match and ended up watching it in an Australian bar in Exeter, of all places. Aussie fans will still spit and swear that Italy cheated us out of a quarter final appearance.

Guus Hiddink's side was probably the best Australia ever had. If Harry Kewell had not been injured, who knows what they could have done.

In South Africa, in 2010, the aussies were unlucky not to get through in the end after a dreadful start when they lost 4-0 to Germany.

Then, in Brazil, in 2014, the socceroos gave their worst showing, losing all three games.

So, to this year.

Australia are currently ranked 40th in the world and this is really pretty good when you remember that FIFA has 207 countries in their list. 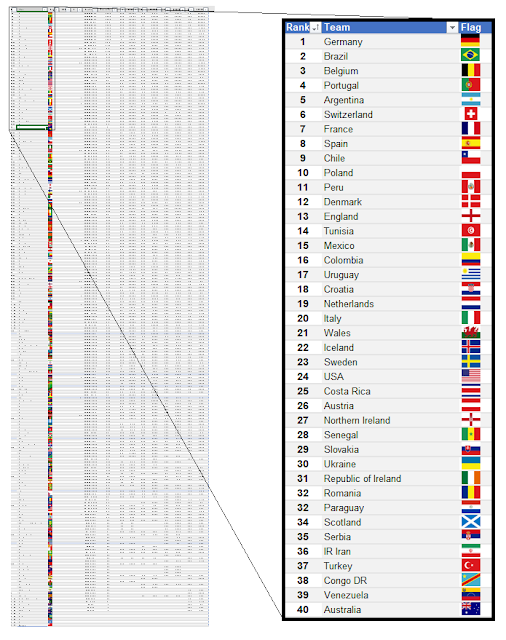 Australia's road to Russia started on 1st September 2016, with a 2-0 home win against Iraq but ten-match programme was blighted with dropped points including a 2-0 defeat in Japan. As a consequence, Australia missed out on one of the guaranteed qualification slots behind Saudi Arabia and Japan.

They had to play off against the other Asian group's third place team, Syria, and Australia narrowly won a two-legged game 3-2 on aggregate. But even this wasn't enough to give them a place in the finals.

To clinch that, they had another two-legged play off against the CONCACAF (North American) region's 4th placed team, Honduras. After a 0-0 draw in Honduras, Australia finally clinched their place by winning 3-1 in Sydney on 15th November.

I do not hold much hope for Australia at the this year's World Cup, though. They have quite a tough group, starting with a match against one of the favourites, France on 16th June. In terms of the average ranking of the teams in the group, it's the second toughest group. It also has to be said that on paper, at least, they would appear to have one of the weakest squads they've ever had. 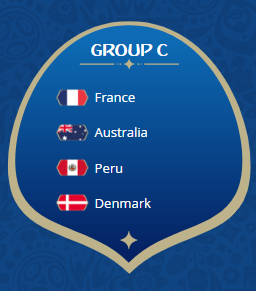 Still, both Peru and Denmark also had to qualify through play offs so maybe Australia can find a way to reach the last 16 if they can beat one of them.

Isn't it exciting!?
Posted by Algis Kuliukas at 3:16 AM